Since the launch of the Nintendo Switch, I’ve been looking forward to playing Splatoon 2 more than any other game that Nintendo has announced after The Legend of Zelda: Breath of the Wild. After playing the global testfire event MONTHS ago, Nintendo has been putting a good deal of effort into delivering as much information as they can about this title. After releasing a number of Nintendo Direct an E3 videos about ARMS and Splatoon 2, here is what we know and can look forward to in the near future.

This is going to be one of the most overlooked parts of the game for sure. The original Splatoon for WiiU focused in on the online gameplay. The single player mode it a decent way to play when you don’t have internet or others nearby to play against. But there is just something satisfying about covering an entire battlefield in ink or capturing a tower that just isn’t seen here. In short: you have to help find the missing Squid sister Calie from the original Splatoon by defeating a number of stages that will lead you to her. It’s practice in a sense. Most players will likely play this part for a short time before returning to the other play modes.

Nintendo knows that this is going to be their best eSport title. They developed this to have a great play experience for serious competition. You can play local wirelessly or over a docked setup using a LAN. Absent from the local multiplayer is single-system split screen like you can do with other games. For example, ARMS for the Nintendo Switch will allow up to two players to play on a single console offline or online for party mode. Splatoon has nothing close to this. Every player will need their own console. This isn’t Mario Kart-esq multiplayer. This is serious business.

So while you can play a full blown Turf War without the internet, you’ll need a decent sized room and a budget. 4v4 Turf Wars locally on a TV setup are going to require 8 Docks, 8 LAN adapters, 8 Nintendo Switch Consoles, and 8 TVs at a minimum if you’re looking for LAN play. This doesn’t include an additional Switch setup for spectators. I have a feeling that while this is pretty cool in theory, most people are going to be playing wirelessly with friends around the kitchen table or just stick to online play.

Here’s something brand new that really makes this stand out as it’s own game instead of just a Splatoon Deluxe WiiU port. Salmon Run is the new co-op mode that requires all players to work together for a common goal: collect power eggs and defend them from attackers sort of like a tower defense mode. From the gameplay videos I’ve seen, it looks more interesting that the single-player mode. Again, Nintendo falls short in their local co-op offerings by still requiring each player have their own console to play.

With the Nintendo Switch Online smartphone app, players will be get access to updated information about the random arena selection times, gear information, and play stats when not near their Switch (or unable to play and looking to play after work for example). The app will also give players voice chat functionality that links to your team and connects automatically. Since the game audio and the voice chat are going to be coming from two different devices, you’ll need a splitter like the Hori Splatoon 2 headset. Don’t forget your lightning or USB-C to 1/4″ headset jack adapter if you plan on using it with modern smartphones that have ditched the headphone jack in favor of bluetooth audio! 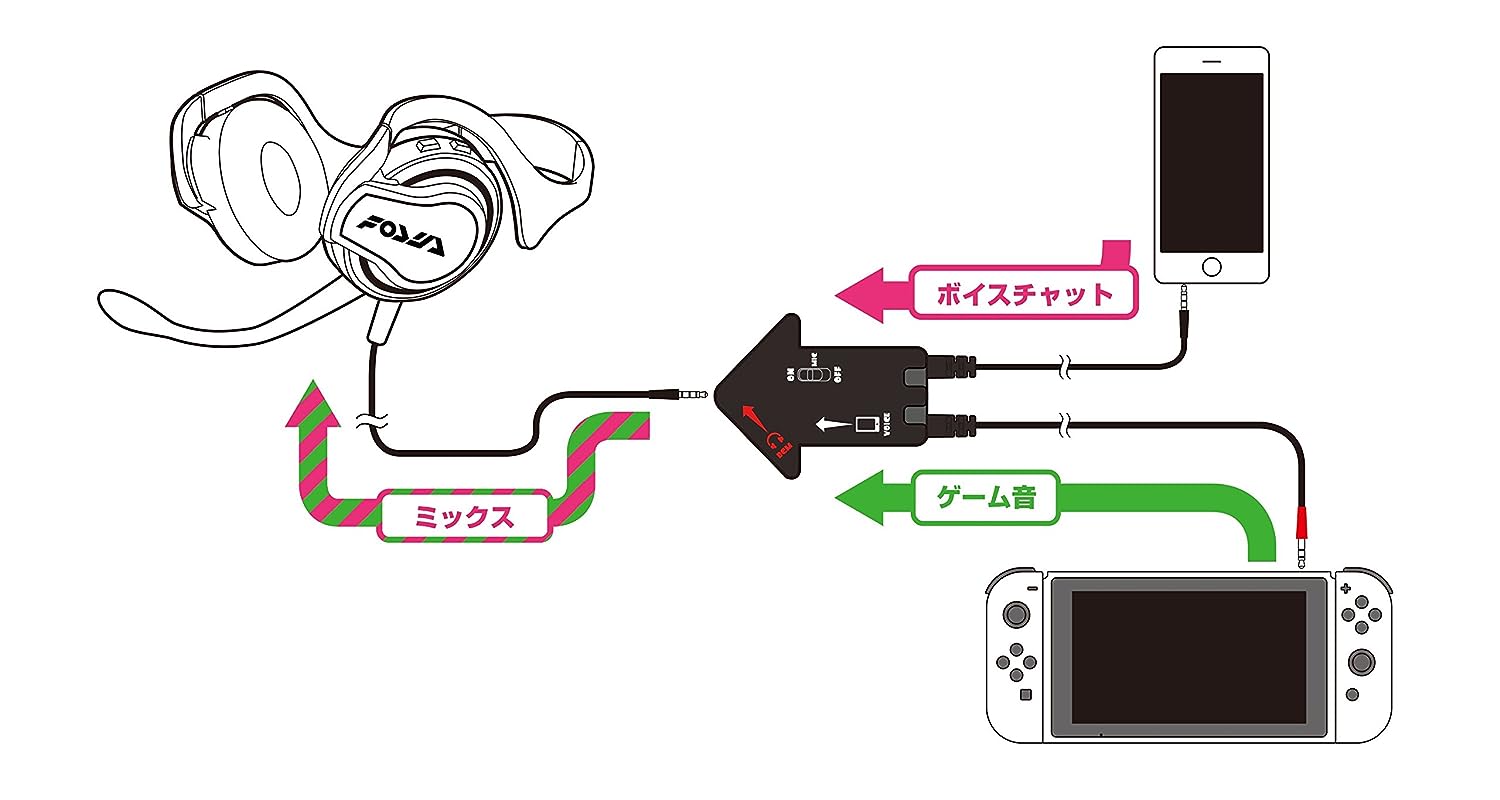 The Return of Splatfests!

Admittedly, I was late to the game with Splatoon. I missed out on the in game Splatfest events. If you are confused about this as I was, here’s the breakdown: Splatfests will have you pick a side for a weekend long event. It’ll usually be something silly like “Cats vs. Dogs” or “Spongebob vs Patrick”. once that you picked your side, each one of your team’s victories will up vote that choice. When time runs out, that side is deemed the winner. It’s a neat contest that will earn you some bragging rights.

The more important thing to remember is that Nintendo is launching their first Splatoon 2 Splatfest before the game releases. You can download the Splatoon 2: Splatfest world Premiere app now, play the tutorial level, pick your splatfest side (Cake vs. Ice Cream) and you get to play Splatoon 2 during a 4 hour window on July 15th (3:00PM-7:00PM Pacific Time).

What sequels would be complete without a full-blown update to the arsenal, new levels, and the promise of even more in the future? Nintendo is already planning updates that add more into the game over it’s lifecycle just as they did with the first Splatoon. That’s what this game is: more of the Splatoon we know and love. I’ll be downloading a copy from the eShop on launch day but if you can get a physical copy, there are a few other reasons to hit up your local shop like the Splatoon 2 themed pro controller or joy cons.

Founder at BadCoyoteFunky
Professional Graphic Designer and all around nerd culture enthusiast. His mind is always buzzing with movie & tv quotes, and music from almost every genre.